There’s nothing like coming home and warming up next to a roaring fire during the long, cold months of winter, or even chilly evenings in any season.  Long commutes to work in the cold and the increasingly short hours of daylight in the fall and winter are made more bearable by the comfort and familiarity of family gatherings by the fire.  It may be for this reason that some type of wood-burning enclosure has remained a staple of many households, even though open fire is no longer a necessity for cooking and heating.  With this in mind, let’s take a look at one of the more modern options available, the factory-built fireplace.

What is a factory-built fireplace and how does it differ from a masonry fireplace?

The traditional masonry fireplace is based largely on the innovations of Count Rumford, an 18th-century inventor.  His applied theories on thermodynamics led to the design of a restricted chimney opening to increase updraft, which allowed fire to burn in an enclosure without smoke filling the room.  Rumford’s design quickly achieved wide popularity in London households, and he became something of a celebrity as news of his innovation spread. 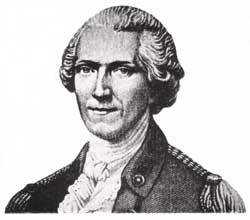 Factory-built fireplaces are also often called “zero-clearance” fireplaces because of their minuscule safe-clearance requirements.  An insulating air blanket is incorporated in the design to keep the outer wall of the fireplace cool, which allows safe installation in very close proximity to wood framing.  In general, ½-inch of clearance to combustibles is required around the outside of the firebox enclosure, and 2 inches of clearance are required around the chimney, except where the firestop is installed if a chimney passes through two levels of a house.  Different manufacturers may have different suggested clearances, and it is important for installers to note this fo

Factory-built fireplaces pass rigorous testing standards established by the  Underwriters Laboratories and the American Gas Association.  Properly installed, factory-built fireplaces have an excellent safety record.  However, as in any situation where an open flame is involved, there are some things to keep in mind in order to avoid any risk of fire hazard.

If the fireplace is installed on top of any combustible material, such as carpet or wood, it must rest on a metal or tile panel that extends the length and width of the appliance.

Room air-inlet and outlet grilles must be unobstructed.

The same fire-safety precautions that are used for a traditional fireplace should be observed when a factory-built fireplace is in use.

In order to ensure safe and optimal operation, normal maintenance and cleaning are required, similar to those used for a traditional fireplace.  The chimney should be inspected monthly during the heating season to determine if creosote (the black, oily accretion that builds up as a result of incomplete burning of wood) has accumulated.  A professional chimney sweep should be hired to clean out the unit at least once a year.
January 16, 2018/0 Comments/by Joshua Crepps - CMI
https://du1fvhi5bajko.cloudfront.net/wp-content/uploads/sites/47/2017/12/20135515/logo-all-three-300x89.png 0 0 Joshua Crepps - CMI https://du1fvhi5bajko.cloudfront.net/wp-content/uploads/sites/47/2017/12/20135515/logo-all-three-300x89.png Joshua Crepps - CMI2018-01-16 12:26:352018-01-16 12:26:35Factory Built Fireplaces
A central vacuum system (sometimes called a whole-house vacuum system) is a cleaning device installed throughout a building. Located in the garage or basement, a canister receives dust and debris sucked by the force of a motor from wall outlets, which are located for the homeowner’s convenience. 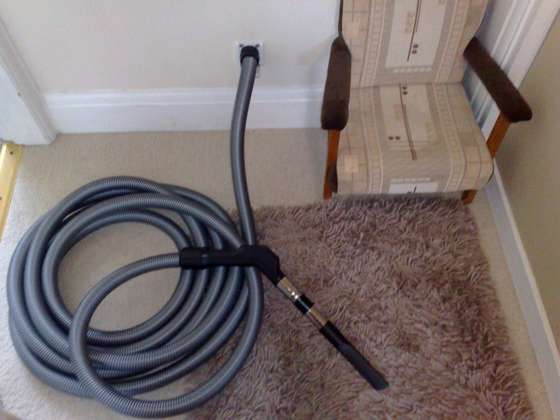 While many Americans are unfamiliar with central vacuums, they are not new inventions; the idea dates back as far as the 1850s in Sweden, where horse-powered fans were used to create suction through in-wall plumbing. Horses were later replaced by servants, who pumped giant bellows or pedaled stationary bicycles, until electric motors eventually took over. Shortly thereafter, however, portable vacuum cleaners became available, and central vacuum systems were largely forgotten due to their relative expense. Their hibernation ended by the 1990s when growing house sizes and concerns over air quality combined with the availability of cheaper plastic piping, more powerful motors and refined filtration systems. Yet, even today, American homes are dependent on portable vacuum cleaners, in contrast with Canadian and Scandinavian homes, where central vacuum systems are more common.
Central vacuum systems boast some advantages over portable units, some of which are as follows:

Winterization is the process of preparing a home for the harsh conditions of winter. It is usually performed in the fall before snow and excessive cold have arrived. Winterization protects against damage due to bursting water pipes, and from heat loss due to openings in the building envelope. Inspectors should know how winterization works and be able to pass this information on to their clients 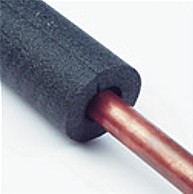 Water damage caused by bursting pipes during cold weather can be devastating. A ruptured pipe will release water and not stop until someone shuts off the water. If no one is home to do this, an enormous quantity of water can flood a house and cause thousands of dollars’ worth of damage. Even during very small ruptures or ruptures that are stopped quickly, water leakage can result in mold and property damage. Broken water pipes can be costly to repair.

Leaks in the Building Envelope 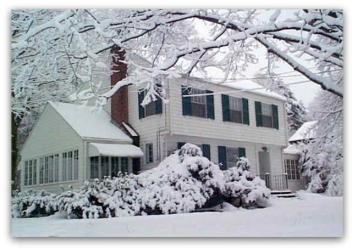 The heating system is used most during the winter so it’s a good idea to make sure that it works before it’s desperately needed. The following inspection and maintenance tips can be of some help to homeowners:
Cooling Systems
Chimneys and Fireplaces
Roofs
Landscape
Adequate winterization is especially crucial for homes that are left unoccupied during the winter. This sometimes happens when homeowners who own multiple properties leave one home vacant for months at a time while they occupy their summer homes. Foreclosed homes are sometimes left unoccupied, as well. The heat may be shut off in vacant homes in order to save money. Such homes must be winterized in order to prevent catastrophic building damage.
In addition to the information above, InterNACHI advises the following measures to prepare an unoccupied home for the winter:
In summary, home winterization is a collection of preventative measures designed to protect homes against damage caused by cold temperatures. These measures should be performed in the fall, before it gets cold enough for damage to occur. Indoor plumbing is probably the most critical area to consider when preparing a home for winter, although other systems should not be ignored.
January 12, 2018/0 Comments/by Joshua Crepps - CMI
https://du1fvhi5bajko.cloudfront.net/wp-content/uploads/sites/47/2017/12/20135515/logo-all-three-300x89.png 0 0 Joshua Crepps - CMI https://du1fvhi5bajko.cloudfront.net/wp-content/uploads/sites/47/2017/12/20135515/logo-all-three-300x89.png Joshua Crepps - CMI2018-01-12 13:10:062018-01-12 13:10:06Winterization

Ghosting is a term that refers to discoloration that appears on surfaces in a home. The source of this discoloration can be a mystery to anyone not familiar with the phenomenon. Ghosting is the result of particulates attaching themselves to surfaces.  “Particulates” is a catch-all word for any kind of particle small enough to be suspended in the air. Small dust particles from soil, animal dander, cooking residue, and soot residue from a fireplace and candles are all common sources of household particulates. 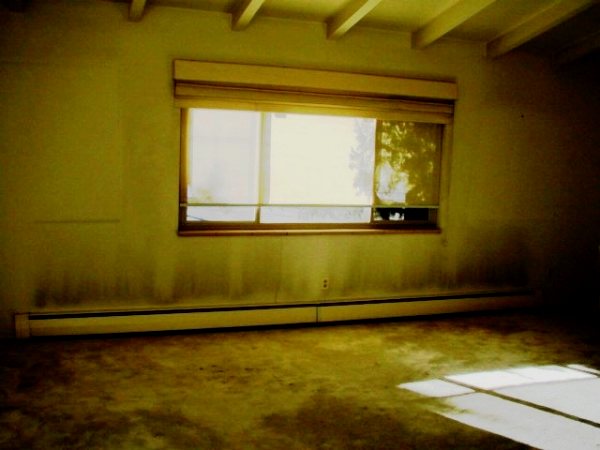 Many particulates tend to stick to the surfaces of materials with which they come into contact, and there are two reasons for this. The first is… those particles are sticky! Particulates from cooking are a good example of this process.

When you fry something (say, a breaded squirrel in a lemon and dill butter sauce), you can see tiny droplets of grease buildup on the stove around the frying pan. Grease droplets smaller than those that land on your stove can become airborne. Stove hoods with fans and filters are installed in kitchens so that airborne grease won’t accumulate on the wall above the stove.

In homes with inadequately working stove fans or vents (or in homes where the occupants cook six squirrels at a time), the ability of the range hood to remove tiny airborne grease droplets from the air overwhelms the system, and those sticky grease droplets can escape from the cooking area and move through the home carried by air currents.

The act of a particle being attracted to a surface, making contact with it, and then sticking to it, is called “plating out.” 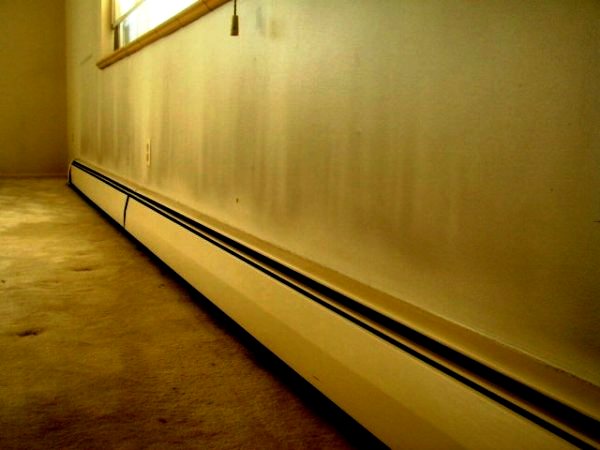 So, now we know that both sticky particles and those with opposite electrical charges will plate out onto the home’s surfaces. If the plating out is extreme enough, particulates will accumulate to the point at which they become visible as discoloration.

In most homes, we don’t notice this discoloration because most homes are designed with air flow adequate to prevent it. However, there are design issues as well as human behavior that can cause plating out anyway.

Any home in which air currents carry particulates that come close to a surface may suffer ghosting. It’s most commonly visible on carpets and walls, but may appear anywhere. Bear in mind that since the particulates are airborne, it’s the movement of air that brings them into close contact with home surfaces. Air currents are key.

Doors that have inadequate clearance from a newly installed carpet are one source. If a new pad and carpet are installed over a tile or hardwood floor, the clearance beneath the door will be reduced. Each time the door is opened or closed, air will be forced against the carpet and particulates will plate out on the carpet. Over time, the carpet under the door swing will become discolored. 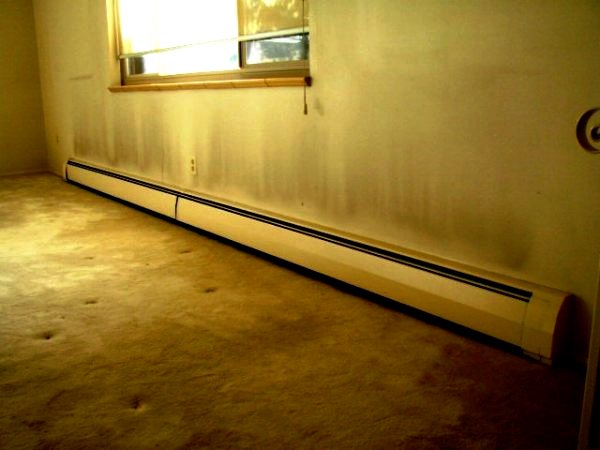 Fireplaces that smoke may leave soot stains on the wall above the firebox opening, which form as soot-laden air spills out of the firebox and rises along the wall.

Any place in the home that draws air through a small space or which pushes room air against a surface may create ghosting. 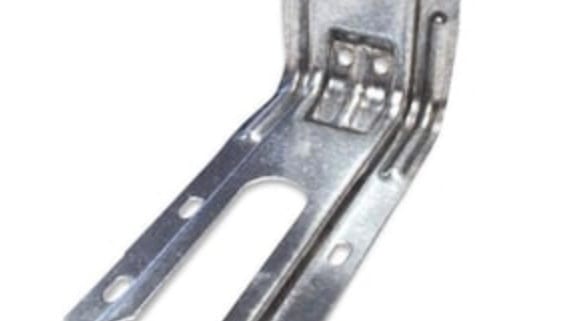