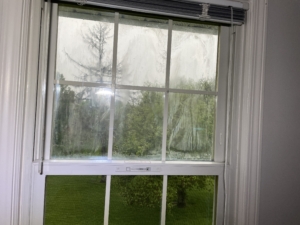 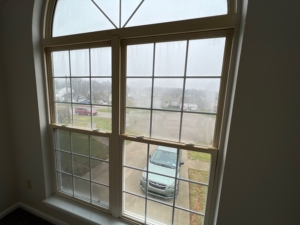 One of the most common and expensive deficiencies we observe with windows is a failed seal. Modern windows have two or more panes of glass and are insulated. When the seal is lost, condensation or hazing can form between the glass. 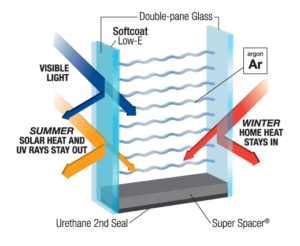 Double-pane windows contain two panes of glass separated by a space of air or gas that helps to slow the transfer of heat and cold. Because gas is denser than air, insulating gas is more energy-efficient than air. The heat loss rate is the windows U-factor. The insulating airspace between the glass panels reduces heat loss with double pane windows.
Most modern windows have two seals. The windows also contain water-absorbing chemicals, otherwise known as a desiccant. These two panes of glass are known as an Insulated Glass Unit (IGU). 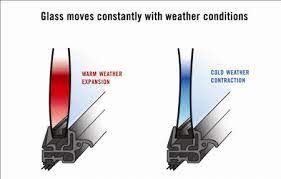 Why Do Seals Break?

For the most part, windows can withstand and handle all types of weather, including cold temperatures, heat, humidity, and repetitive movement. However, temperature changes cause the frames to expand and contract, damaging the seals. In addition, the constant heating and cooling of the glass can force the gas in between to expand and contract, causing stress on the glass. Finally, slamming the windows shut or hitting the glass can contribute to failure. Age of the window can often exacerbate these issues, but we see failed seals on newer windows. Frequently we will see multiple failed seals on the same house during home inspections, indicating manufacturing processes also play a role. 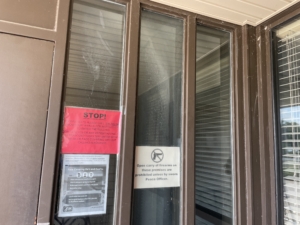 The Seals Are Broken

If there is a broken seal, moisture can form between the panes, giving your windows a milky, foggy look. Sometimes the result of a failed seal is a more metallic shimmer appearance. In addition, windows will sometimes have an invisible coating on the glass to help improve the windows U-factor by reflecting light(heat). This coating will become visible when the IGUs seal is lost, although sometimes not easy to observe. Usually, looking at the window at an angle helps see these failed window seals. We will sometimes shine a flashlight on the windows during the home inspection to see failed seals.

How to repair damaged windows

Schedule an inspection today, and we can help identify any failed seals.